Temple Of Tiermes biography and discography 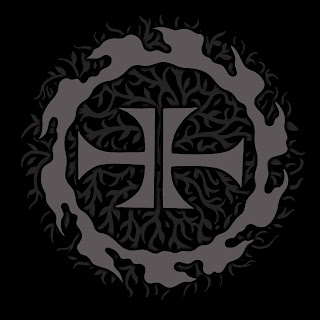 Temple Of Tiermes is a Finnish esoteric ritual industrial noise duo in existence since 1994 . Formed by Jarkko Toivonen and Mikko Aspa .
Using various instruments and objects such as guitars, analogue synths, metal percussions and junk metal, they create an original meld of sounds taking its roots in ritual / industrial / noise and psychedelic music .


Hypnotic and dense with overloaded basses and a strong old-school industrial touch .

Most of the material was recorded in early 2000, except "Grossartige Explosion" was recorded in 1995, "Delirium" and "Opiat-Istar" in 2001. Mixed in August 2001. Bonus track recorded and mixed between 2000-2013. Tracks are numbered sequentially from 1 to 8 on the sleeve

-Self released
-Edition of 14 copies.

Tiermes - Malahvia CDr - Saaren Levy 2005
Edition of 653 copies .
CDr is wrapped in a black sheet of paper and tied with string, contains a poster .

Tiermes - SAG III CDr 2010
-Self released
-Edition of 14 copies .
Comes in a black double-DVD box with CDr titled "hernaq" "containing MPEG-,JPEG- and WAV-files and 1 insert with information. Each copy has partially handmade covers

Kaos Kontrol ‎– K\K 008
Live recording of the Kaos Kontrol festival in Mäntsälä, Finland 3rd of June, 2000. Comes in a black double-DVD box with six inserts with photos and information.
Limited to 290 copies.

To begin with , think of a tree , what makes it grow , and what’s the meaning of it’s flesh .

Nature is mirror image of cosmos , chaos within harmony is the law , and the law is to set in scales , lines and tempo direction is organic and can be understood as the truth .
To see complete view as it is , the unnatural modern meanings of distance and perspective must be added with four alterations which are power , truth, tempo and motion to feel the power you must have full sense of instinct .
To have direction your flesh must be complete.
To be in or set the tempo , you must understand and feel the law .
Motion is living time and shall be used as a measurement in two ways , horizontal and vertical .
For and behalf of Tiermes . 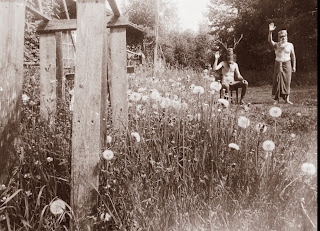